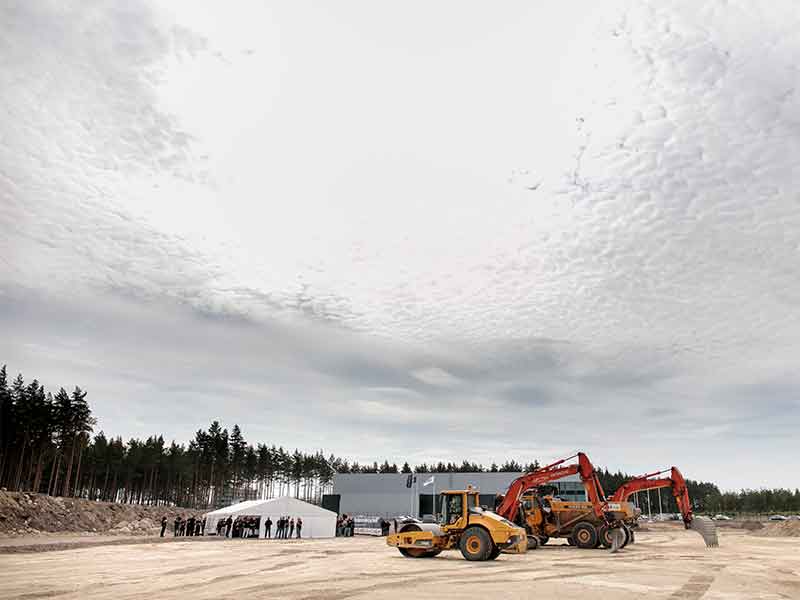 A long history of innovations

Norden Machinery has focused exclusively on advancing tube filling systems for over 85 years. Many innovations have been introduced along the way.

2021: Norden had outgrown the facilities at Sandås in central Kalmar. The new factory at Snurrom, Kalmar was ready and taken into operatons in early 2021.

2019: Norden customers may keep an eye of the machine performance via Norden's IoT app.

2008: This year marks the acquisition by the current owners of Norden. Coesia is a group of innovation-based industrial and packaging solutions companies operating globally, headquartered in Bologna Italy, fully owned by Isabella Seràgnoli.

1998: Robot Feeder a flexible feeding system which picks the tubes direct from the tube box and places them directly into the tube holders.

1992: Design-A-Seal® was introduced to the market and opened numerous possibilities to draw attention to the tube. The Design-A-Seal® enables the end of the tube to be decoratively shaped, so that the decoration can become part of the weld.

1985: This year Norden started the development of 3-colour filling technique in higher speeds.

1984: The Hot Air sealing method was introduced. The method uses hot air to heat the inside of the tube. This system provides precise control of the sealing temperature and protects the decoration of the tube.

1980: The Norden company was founded

1934: The first tube filling machine is made. For over 85 years we have focused exclusively on advancing tube filling systems and have introduced many innovations along the way.

1877: Norden originates from Arenco, which in turn evolved from a local machinery manufacturer, founded the year of 1877 in Kalmar, Sweden.

We use technical and analytics and profiling cookies of third parties. If you want to change options, or to refuse consent to the installation of cookies profiling click here. If you continue to use our website, you authorize us to use cookies.